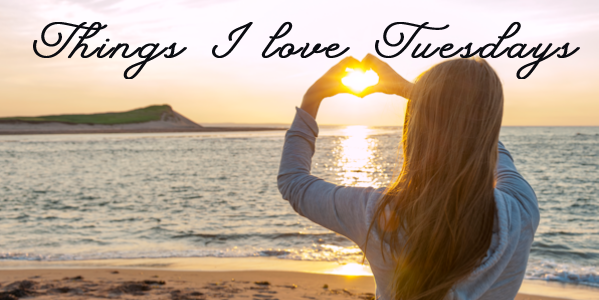 Things I Love Tuesdays is a weekly feature on my blog where I talk about things I love. Books, movies, it’s all good. Keeping things light and fun.

When most people think of boardgames, they might come up with something like Monopoly or Checkers, or even these days Settlers of Catan. I started out with many of the same. However, about 15 years ago we began to get into boardgames that took up a lot more time and, well, space. 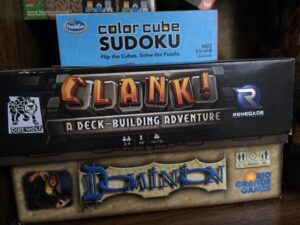 My first foray into such complicated gaming was with the second edition of Arkham Horror, which pits the players against the game itself. You play as a team of investigators, and from the very beginning the game is stacked against you. We rarely won, and when we did, it was an incredible sense of victory. And remember when I talked about space? Well this game took up our entire dining room table with two leaves, and we had to store the component pieces in two separate plastic boxes that hardware stores sell to keep nuts and bolts in.

As my son has gotten older, we’ve gotten him into more and more complicated games. Some of his favorites include Clank!, Quacks of Quedenburg, Space Base, and Everdell.

But the idea of boardgames conjures up images of groups of friends gathered around a table, sharing food and drink as they play. Right now, that’s not possible to do in person. But we have found a way to have virtual game night.

There are two main digital ways to play games (that I am familiar with! I believe there are others!). Tabletop simulator, which is available on Steam for about 20 bucks, and Board Game Arena, which is a browser based system. Sometimes we even play online when the three of us are home together – it makes it a lot easier to clean up (Clank! Legacy, for example, took a good twenty minutes to setup and just as long to break down). 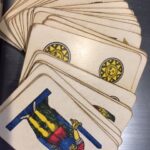 And while it’s not the same as having a game night with friends, right now I’m enjoying our virtual games and conversation.

Would you like to check out virtual game night? Let me know in the comments!