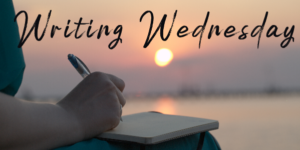 Welcome to Writing Wednesday where I talk about writing!

Last week I talked about being a panster when it came to creating characters. I often start with a story idea, and then fit the characters into that story. Unfortunately that often results in a lot of rewriting. I know I had gotten a good 20k into Exodus before I had Hank’s voice, and I had to go back and rewrite the beginning.

When I wrote Angels Rising, I had written the entire novel when I realized I had made Raphael the main character, and it really needed to be Uriel. And I had committed the cardinal sin of making Uriel do something assholish to fit the plot. I rewrote that entire book from the beginning, fixing those problems. But it would have been a good thing if I could have figured out my characters from the beginning!

So I’m changing how I develop characters.

But what method to use? I attended a workshop on the Verbalize method, which I used when working on Stealing Jennifer (out this month! Cover reveal and pre-order links coming next week!). I liked the focus on actions – what the character does defines them.

However, when I tried to apply the method to other novels, it just fell apart. I discovered that I like it when my characters grow organically, and this method didn’t quite let me do that.

I figured out what’s important is understanding the characters and what they want before I start drafting the book. I don’t like doing forms or checklists that go on for pages. I need to know the core heart of my character, and then the details get filled in.

When I started writing my latest work in progress, I figured out what both main characters want and love, and how they are getting in their own way of achieving their goals. As I write, tiny details become apparent to me. I’ve reached the coveted 30,000 word mark, and I don’t feel the need to go back and rewrite the entire book (yet!). These boys are solid, and now I just have to break them apart before they can have their happy ending.

One trick I wanted to share with you from one of my MFA texts – Plot Versus Character – that really worked for me. Before starting writing the novel, write a scene where your character is doing the most in-character thing they could be doing. This really helps solidify your character in your mind.

How do you create characters? Any tips to share? Leave them in the comments!